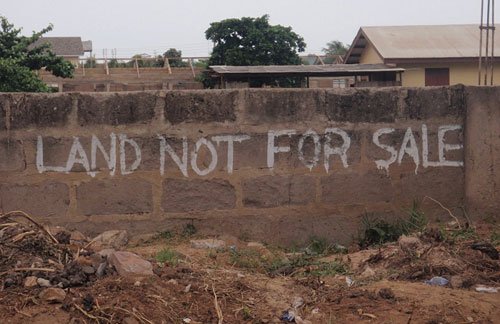 One Lazarus Ogbubevule (now deceased) pledged a parcel of land said to be owned by him to Ezikiel Anyatonwu, the Respondent, for 65.0.0d (N130.00). After payment, the Respondent was let into possession of the said land called “OKPULO ALAOCHA”. In 1970 Lazarus Ogbuevule demanded and received from the Respondent a further sum ofN4 .00, thereby making the transaction an outright sale to the Respondent.

The Appellants at the High Court admitted that the Respondent was in possession of the “OKPULO ALAOCHA”. Also admitted by the Appellants is that the oil palm trees on the lands in dispute were planted and reaped by the Respondent. Appellants also did not deny trying to repossess the land, they argued, however, that the land was family land and not the personal land of Lazarus Ogbuevule which he could single-handedly sell at will.

One of the issues determined by the Supreme Court was:

Whether the land in dispute was the personal property of Lazarus Ogbuevule over which he had the right to pass it to the Respondent.

What is the effect of sale of family property by the family head without the consent of the family members?

The Supreme Court found that both the High Court and the Court of Appeal failed to appraise the facts properly and incorrectly applied the law. A proper appraisal of the facts would have led to the inevitable conclusion that the land in dispute was family land and Lazarus Ogbuevule dealt with it in his capacity as head of the family. The claim by Lazarus Ogbuevule that the land was his personal property which he transferred to the Respondent without carrying along the principal members of the Ogbaghigba family rendered the transaction invalid. The Supreme Court, therefore, found in favour of the Appellants.