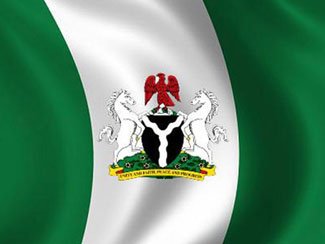 Mr. Mbanefo bought a piece of land situate at Akwuefe land layout, Umu-tasia Ogbeodogwu Village, 3-3, Onitsha. He was put in possession of the Land with a goat slaughtered thereon in the presence of witnesses following his several encounters with trespassers on the land, Mr. Mbanefo later brought a claim against Mr.Agbu alleging that the said Mr.Agbu failed to procure the consent of the Governor to the sale of the land which he alleged is situate in an urban area and that Mr.Agbu and Mr. Nnaemeka exploited the absence of the said consent to re-sell the land to certain persons whom Mr. Mbanefo later saw on the land. Mr. Agbu and Nnaemeka on their part contended that Mr. Agbu as a legal practitioner merely rendered professional services in respect of the land and there was no agreement that the Mr.Agbu and Mr. Nnaemeka will obtain the consent of the Governor and that the transaction was a customary sale not requiring such consent and the people seen on the land were trespassers whom it was Mr. Mbanefo’s duty as the owner of the said land to ward off.

At the conclusion of the case at the High Court,the Judge gave judgement in favourof Mr. Mbanefo. Mr. Agbu and Mr. Nnaemeka dissatisfied with the Judgement appealed to the court of Appeal. The court of appeal refused and dismissed their appeal. Still not satisfied, Mr. Mbanefo went further to appeal to the Supreme Court. Where it was decided as follows:

That It is only when a Certificate of Occupancy has been granted or is deemed granted and a holder of such certificate is desirous to transfer, assign, mortgage, lease or sublease the land that is subject of such certificate, that the Governor’s consent is required. (Land Use Act, 1978; S. 22).

That Section 22 of the Land Use Act Cap 202 Laws of the Federal Republic of Nigeriahas provided in clear terms that no assignment of interest in land can be effected in an area designated as urban without the consent of the Governor of the State.

In conclusion, the Governor’s consent is required in land transactions only situate in urban areas and not in rural areas.