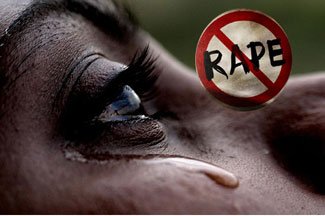 An Indian Court on Wednesday ordered 12 media companies to pay $15,000 each to a compensation fund for victims of sexual violence after they published the name of an eight- year old girl who was gang raped and murdered.

Indian law prohibits the naming of rape victims, even after they have died, because of the stigma attached to the crime.

The New Delhi High Court ordered each firm to pay one million rupees within a week to be used for a compensation scheme for sexual assault victims.

The law provides for a jail term of two years along with a fine in case of violations.

The name of the child, who was killed in Jammu And Kashmir State and has since become the focus of national protests over rape cases in India, was used by several media outlets before a court ordered a clampdown last Friday.

Lawyers for the media firms told the court the mistake happened due to their ignorance of the law and a misconception that they could name her as she was dead, the Press Trust of India (PTI) reported.

The girl, who belonged to a Muslim nomadic community, was kidnapped, drugged and raped over five days, including at a Hindu Temple, before being bludgeoned to death in January.

Many outlets not only revealed the victim’s name but published her photo as well , which also violated the law, pictures of the girl have also been used on banners at many protests across India.

The case has dominated headlines in India after harrowing details of the attack were released by the police recently.

Protests over her murder have reverberated across the country for a week.

‘’it is the collective responsibility of all of us to ensure such a thing does not happen with any girl in any part of the country,’’ he said in a public speech Wednesday.

The incident was also condemned by phumzile Miambo- Ngouka, executive director of the UN women agency, who urged Indian authorities to do more to counter sexual violence in the country.

There have been too many such atrocities and too often it is women and girls who are deliberately targeted, instilling fear and building divides,’’ she said in a statement.