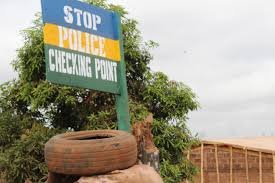 The deceased and his brother in-law were severely wounded and taken to a nearby hospital were the deceased was pronounced dead.

The policemen at their trial were of the defence that they had thought the deceased and his brother in-law were armed robbers, since they refused to stop their car at the regular check point for routine checks. They all denied shooting at the deceased’s car.

At the conclusion of the trial at the High Court, the trial judge discharged some of the police men but convicted and sentenced to death Corporal Ononuju and two other policemen. Corporal Ononuju dissatisfied with his conviction, appealed to the court of appeal. The court of appeal refused and dismissed his appeal. Still not satisfied, he further appealed to the Supreme Court.

The Supreme Court held as follows: