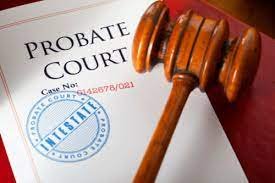 Adeyinka Ayinde Olowu, father of the parties in this matter, died intestate on November 17, 1960, leaving 11 children. He was a Yoruba man by birth but had naturalised as a Benin man before his death. Olabowale was the eldest surviving son while the Babatunde was his immediate younger brother. The deceased left behind a large estate in respect of which Babatunde and Olabowole were granted letters of Administration in 1962. In February, 1973, the properties of the deceased were distributed among the children. No.4, Wire Lane, Benin City was the house where the deceased lived and died. The distribution of the estate of the deceased led to an action brought by some of the children against Babatunde and Olowu as defendants. The case was fought up to the Supreme Court and the distribution of the estate was endorsed by the Supreme Court. Unfortunately, the distribution list endorsed by the Supreme Court did not specifically mention No.4, Wire Lane, the bone of contention in the present case.

Babatunde and Olabowale lived on different floors of the house at No. 4, Wire Lane, Benin City which  Olabowale was claiming exclusively as the first son of the deceased, under Bini Customary Law. He gave evidence that as the first son of the deceased, he was entitled to the exclusive ownership of the house where the deceased lived and died. Babatunde’s case was that as Olabowale did not bury their deceased father in accordance with Bini Custom, he was not entitled to inherit No.4, Wire Lane exclusively.

The trial Judge reviewed the evidence given by the parties and awarded the disputed property to Olabowole and ordered Babatunde to vacate the house. Babatunde was unhappy with this decision and appealed to the Court of Appeal.

On appeal, Babatunde queried whether the incidents and principles of Bini Native Law and Custom apply to this suit given the incontestable fact that the parties on their application, had been granted Letters of Administration by the High Court to co-administer their father’s estate and the said Letters of Administration have at all times material to the present proceedings remained subsisting, extant and unrevoked.

Does the grant of letters of administration over an estate exclude the operation of Native Law and Custom?

The Court of Appeal stated that having carefully considered the arguments advanced on both sides, it is unable to accept Babatunde’s argument that the fact that the parties jointly obtained the Letters of Administration to administer their father’s estate, prevented Olabowole from claiming a share in the estate under Bini Customary Law. The Court held that Letters of Administration confer authority to deal with the estate property on behalf of the beneficiaries. Such property can be administered under English Law or Customary Law depending on the circumstances of the estate. The fact that the Supreme Court endorsed the distribution of the estate according to the Bini Native Law and Custom establishes conclusively that mere grant of Letters of Administration does not exclude the operation of Native Law and Custom to the estate in question. The Court, therefore, concluded that despite the grant of letters of administration, the estate could still be distributed under native law and custom

The Court of Appeal consequently dismissed the appeal and upheld the decision of the lower Court.