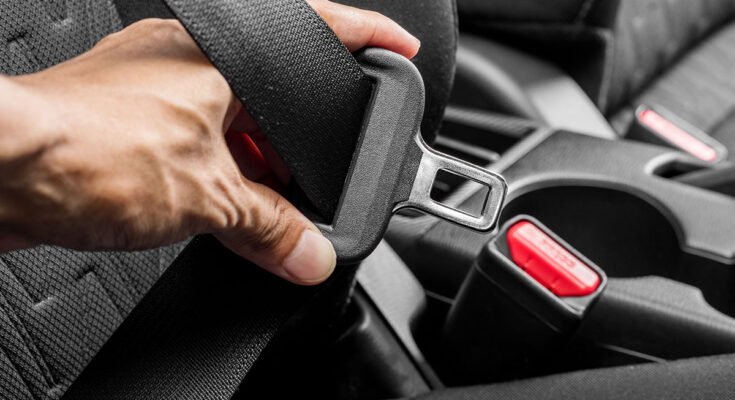 Barrister Akpos was on transit on the 1st day of June 2012, when officers of the Federal Road Safety Commission stopped his vehicle and demanded for his vehicle papers. The officers alleged that his passenger was not wearing a seat belt and proceeded to assault him when he introduced himself as a lawyer. The Federal Road Safety officers took Barrister Akpos to their office where his vehicle was seized. They also went ahead to issue Barrister Akpos with a Notice of offence for driving a vehicle in which the passenger was not wearing a seat belt.

Dissatisfied with the actions of the Federal Road Safety Commission, Barrister Akpos filed an action against the Commission and some of its officers at the High Court of the Federal Capital Territory, Abuja, and claimed as follows:

1. A Declaration that the continuous seizure of his Honda Rover car at the office of the Federal Road Safety Corps, Utako sector amounts to detinue in law.

2. An Order of Court commanding Federal Road Safety Corps to release his vehicle

The High Court found in favour of Barrister Akpos and granted his claims, holding that a driver of a vehicle is not liable for a road traffic offence where a passenger is not wearing his seat belt

Will the driver of a vehicle be liable where a passenger fails to wear his seatbelt while the vehicle is in motion?

The Court of Appeal queried, “whether the liability of breaching a provision of the National Road Traffic Regulations, 2004, can be transferred from the person who was unbelted to the driver of the car who had his seat belt on?” The Court stated that it is merely the convenience of the Road Safety Commission to want to make a driver liable because he owns or the vehicle is under his control. The Court held that Criminal liability is not transferable and since the National Road Traffic Regulations did not say, “in case any passenger in a car found not to have his seat belt on, the person driving will be liable”, liability, therefore, cannot be transferred to the driver.

The Court of Appeal, therefore, dismissed the appeal and upheld the decision of the trial High Court.