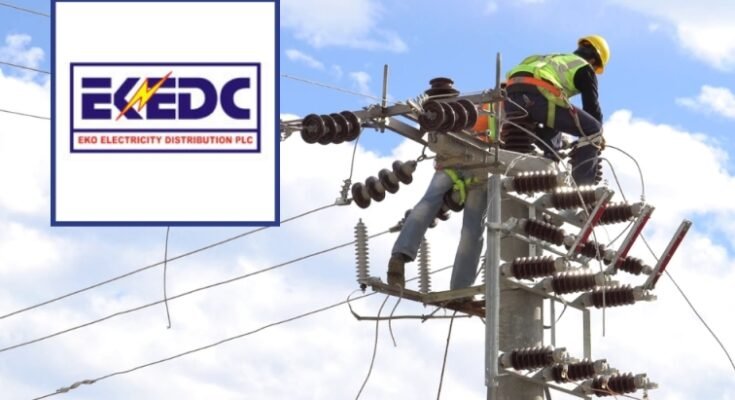 Mr. Babalola bought the property at No. 7B, Brown Road Aguda, and approached the Eko Electricity Distribution Company (EKEDC) to apply for a prepaid meter. He was however told to pay for an outstanding bill of N755,000 previously owed by the former landlord.

EKEDC later asked Mr. Babalola to pay N605, 000, when he explained that he was not the person who resided in the property when the bill was incurred.

Mr. Babalola promptly paid the said sum of N605, 000. EKEDC installed a prepaid meter on Mr. Babalola’s property but later refused to connect the property to its distribution mains, claiming that there is another bill already consumed which Mr. Babablola must pay before they will connect his building to electricity.

Mr. Sunday Babalola sued EKEDC for the refusal to connect his building to electricity for an outstanding bill owed EKEDC by a former occupant of the building.

Mr. Babalola urged the court to declare that the N605, 000 already collected from him by the EKEDC was illegal, null and void.

He also urged the court to order the defendant to connect his property at No. 7B, Brown Road to electricity.

EKEDC argued that Mr. Sunday Babalola was bound to clear all outstanding electricity bills on the property before he would be connected to the EKEDC’S distribution network.

Can an electricity distribution company disconnect a consumer’s electricity supply over unpaid bills by a former occupant of the building?

The Court described as unlawful EKEDC’s refusal to connect Mr. Babalola’s property to electricity for unpaid bills consumed by a former occupant of the building.

The Court found that Mr. Babalola who is more or less a new customer is not entitled to pay the outstanding bill consumed by the former occupant of the building unless there is an agreement to exonerate the former landlord of the arrears.

The refusal to connect the property to electricity was therefore unlawful. EKEDC can refuse to connect if the unpaid bill was consumed by Mr. Babablola.

The court, therefore, mandated EKEDC to connect Mr. Babalola’s property and ordered damages in the sum of N1 million be paid to Mr. Babablola by EKEDC, for its refusal to connect the claimant to electricity.