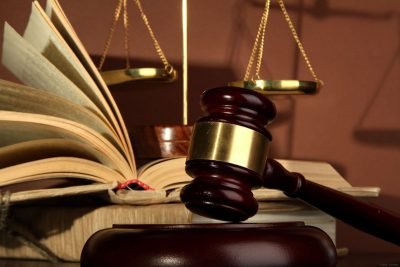 DID YOU KNOW THAT THE COURT MAY NOT BE ABLE TO HEAR ANY CASE AGAINST A PUBLIC OFFICER WHERE THE ACTION IS BROUGHT 3 MONTHS AFTER THE DATE OF THE ACT COMPLAINED OF?
JOHN EKEOGU
V.
ELIZABETH ALIRI
(1991) LPELR-1079 (SC)

Elizabeth Aliri on 2nd December, 1985 attended school and there was an incident of theft within the neighbourhood. The culprit was apprehended and the crowd that gathered at the scene started to beat him. John Ekeogu then instructed his class pupils among whom was Elizabeth Aliri to go and see how thieves were being treated so that they could learn a lesson from that. The pupils complied with the instruction and went. After a while, a bell was rung calling the pupils back to the class. They started running back into the class. John Ekeogu stood by with a cane and began to flog the pupils as they ran back into the classroom. As Elizabeth Aliri attempted to run into the classroom John Ekeogu aimed at and discharged the cane right across her face. The cane landed on her left eye and she cried out in pain and anguish and collapsed. The eye was permanently damaged by the injury she sustained as a result of the application of the cane on her eye by John Ekeogu.

Consequently, Elizabeth Aliri in the High Court of Imo State, Owerri, sued John Ekeogu as well as the Director of Schools, Imo State and the State Schools Management Board, on 20th July, 1987, claiming N4,000.00 as special damages for medical bills paid by her mother and N96,000.00 as general damages for assault, battery and negligence which resulted in the permanent loss of her left eye.

John Ekeogu prayed the trial court to dismiss Elizabeth Aliri’s action because the time within which the action can be brought (three months) has lapsed under Section 2 of the Public Officers Protection Law, Cap. 106 Laws of Eastern Nigeria, 1963.

The learned trial Judge in his ruling held that John Ekeogu is a public officer but that his action in causing permanent injury to Elizabeth Aliri’s left eye is a felonious act which disentitled him to the protection afforded public officers by the Public Officers Protection Law. He accordingly dismissed the prayer.

What is the effect of an action brought against a public officer after the expiration of the period of three months from the date of the commission of the act complained of?

The action, therefore, must be instituted against the public officer before the expiration of the period of three months from the date of the commission of the act complained of. If the action is brought after the three months’ period, it will be unmaintainable.

The Supreme Court concluded that John Ekeogu was a public officer at the material time, that the act complained of occurred in pursuance of his duty as such public officer and the action was not brought against him within the period stipulated by law, consequently, the action was unmaintainable due to lapse of time.

The Supreme Court, therefore, set aside the decisions of the two lower Courts, struck out Elizabeth Aliri’s case and granted John Ekeogu’s appeal.