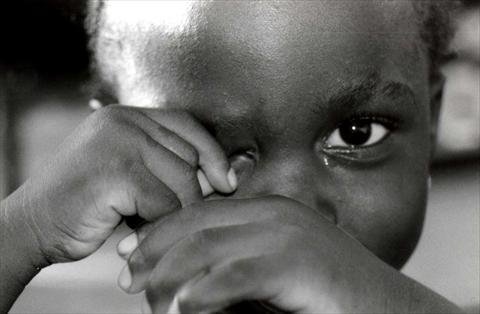 CAN THE USE OF THE HAND OR MOUTH OR EVEN THE SLIGHTEST OBJECT ON THE VAGINA OF A CHILD QUALIFY AS PENETRATION FOR THE OFFENCE OF DEFILEMENT?
ADEGBOYEGA ADENEKAN
V.
THE STATE OF LAGOS
(2021) 1 NWLR (Pt. 1756) 130

Adegboyega Adenekan was charged before the High Court of Lagos State, with the offence of defilement of a child, contrary to Section 137 of the Criminal Law, Cap C17, Laws of Lagos State, 2015.

The case of the State against Adenekan was that Adenekan had put his hand and mouth into the victim’s vagina twice and the victim, who was two (2) years and eleven (11) months old at the time, was a pre-nursery pupil.

The victim testified under oath. At the time she testified, she was four years old. She gave direct evidence that Adenekan put his mouth and hand in her vagina, which she pointed at and called her “wee-wee”. She said Adenekan did it twice -the first time inside the toilet in his office and the second time in the hall which was outside. The victim said she felt pain when Adenekan was putting his hand inside her and that Adenekan covered her mouth with his hand when she screamed out of pain. She said that after the first time, Adenekan took her back to her class and that the second time, she ran back. She said Adenekan also put his mouth inside another child’s vagina

In his defence, Adenekan put forward a frontal denial of the allegation against him through a statement to the police, his evidence at the trial and evidence of his colleagues who work at the school.

The trial Court found Adenekan guilty and sentenced him to sixty (60) years imprisonment.

Dissatisfied with this decision, Adenekan appealed to the Court of Appeal.

Whether use of the hand or mouth or even the slightest object in the vagina qualifies as penetration for the offence of defilement?

The essential element or ingredient of the offence of defilement under section 137 of the Criminal Law of Lagos State, 2015 that must be proved by the prosecution beyond reasonable doubt is that an accused person had carnal knowledge of or sexual intercourse with a person under the age of eighteen years. The offence of defilement under the section is committed by the physical activity involving penetration of the vagina of a female person

The Court went further to hold that “Penetration” in relation to criminal law means the entry of the penis or some other part of the body or a foreign object into the vagina or other bodily orifice no matter how slight. And this definition meets the requirement of penetration for the offence of defilement under section 137 of the Criminal Law of Lagos State, 2015.

In this case, the evidence of the victim that Adenekan used his hand and mouth on her vagina qualifies as penetration for the offence of defilement; especially as it was not disputed that at the material time, the victim was a person under the age of eighteen years.

In the circumstance, Adenekan’s argument that the victim’s evidence that he put his mouth and hand in her vagina fell short of penetration as the crucial element of sexual intercourse in the offence of defilement was baseless.

The Court of Appeal, in conclusion, dismissed the appeal and upheld the High Court’s conviction and sentence of Adenekan.