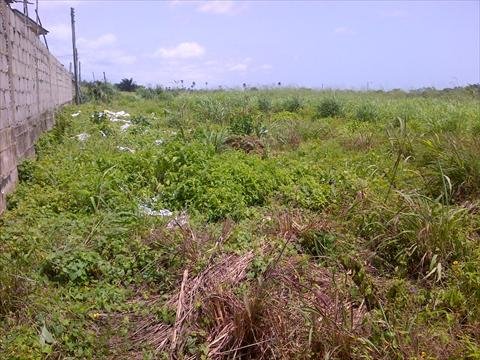 The Uwhe family decided to build an Uwhe ancestral hall to replace the stores, and as a result, the head of the family; High Chief J. O. Alamudo Adajaroh called a meeting where it was decided that Gordon Agadama relocates to another Uweh family land at Erere along P. T. I. road, to build his personal house. This decision was accepted by Gordon.

However, despite the above development and protests from the family, Gordon Agadama continued the construction of more stores on the family land.

The family, therefore, filed an action at the High Court of Delta State and sought the following reliefs against Gordon Agadama:

i. A declaration that the construction of stores on the family land without the consent and/or approval of the family members is illegal.

iii. An order of Court directing Gordon Agadama to vacate forthwith the unauthorized and illegal structure and stores erected on the family land.

The trial Court after consideration of the case entered judgment for the Uwhe family and ordered Gordon Agadama to vacate the structures/stores erected by him on the Family compound.

Aggrieved by the decision of the High Court, Godwin Agadama Appealed to the Court of Appeal

What is the status of any structure erected by a family member on family land where the land has not been allocated to him by the family?

The Court further stated that all members of a family have equal rights to family land, but in every case, the family head has charge of the land and in loose terms is sometimes called the owner. The family head holds the land in trust for the use of the family, such that anyone who wants a portion of it to cultivate or build goes to him for it. But the land so given remains the property of the family Land.

In conclusion, the Court of Appeal dismissed the appeal and upheld the decision of the High Court.