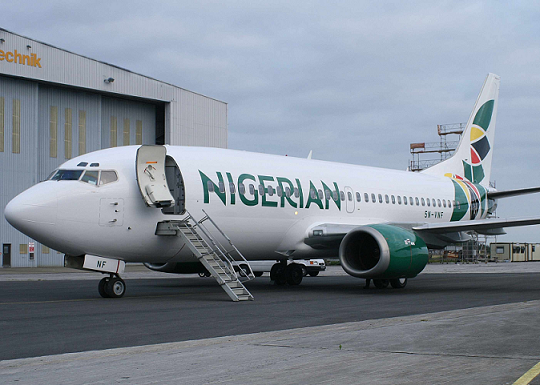 Adamou Balla Abdoulaye a businessman resident in Hausawa Quarters, Kano bought a return ticket to Guangzhou, China from Egypt Air. Adamou travelled on 9/1/13 from Kano to China via Cairo and returned to Kano on 20/1/13. On his return, two bags that he checked in in China did not arrive. He complained about their non-arrival personally, by e-mail and through his Solicitor. On 9/2/13 Egypt Air replied to the complaints and in doing so requested Adamou’s permission to remove some dangerous items from the bags. Adamou gave his permission. Eventually, only one of the two missing bags was returned to Adamou. Upset by that development, Adamou sued Egypt Air at the Federal High Court Kano.

In its Statement of Defence, Egypt Air stated that Adamou refused or failed to declare and pay for the contents of his luggage as required under the International Air Transport Association (IATA) rules and regulations. It further stated that its failure to respond to Adamou’s letter on time was to allow for the authorities in China to carry out a thorough investigation to enable Egypt Air to pay necessary compensation to Adamou under existing laws governing the transaction between them.

After hearing the parties, the Federal High Court, Kano found in Adamou’s favour and held that Egypt Air’s action concerning the Adamou’s bag amounted to willful misconduct. The Court, therefore, ordered Egypt Air to deliver Adamou’s bag to him immediately. Additionally, the Court awarded Adamou the sum of N800,000.00 as general damages.

Dissatisfied, with the judgment, Egypt Air appealed to the Court of Appeal and questioned the correctness of the Federal High Court’s holding, that action amounts to willful misconduct.

Can an attitude of indifference by an airline staff towards a passenger amount to willful misconduct?

The Court of Appeal stated that the evidence before the Federal High Court shows that while the Adamou was very alive to his responsibility of seeing to the return of his bag, Egypt Air was reticent and anything but proactive about the matter. Egypt Air came across as being indifferent. The evidence before the Federal High Court shows that Adamou sent e-mail after e-mail to Egypt Air and Egypt Air’s response to the e-mails were rather lukewarm and phlegmatic. An attitude of indifference is one that the law can consider as one that amounts to willful misconduct. In the case of HARKA AIR SERVICE (NIG) LTD V. EMEKA KEAZOR Esq (2011) 13 NWLR Part 1264 p. 320 at p. 364, the Supreme Court gave the following view on what constitutes willful misconduct with regard to the treatment of passengers in the aviation industry: “Willful misconduct is a deliberate wrongful act by a pilot, airline staff or its agent, which gives rise to a claim for damages by passengers. When a staff of an airline acts with reckless indifference, such unacceptable behaviour, especially by a professional person, amounts to willful misconduct.” To be reckless means not to show proper concern about the possible bad result of one’s actions.

Going by the evidence before the Federal High Court and analyzing the e-mail, it will not be wrong to say that the indifference of Egypt Air concerning Adamou’s bag can be characterized as reckless indifference and therefore one that amounts to willful misconduct.

The Court of Appeal, therefore, upheld the decision of the Federal High Court.