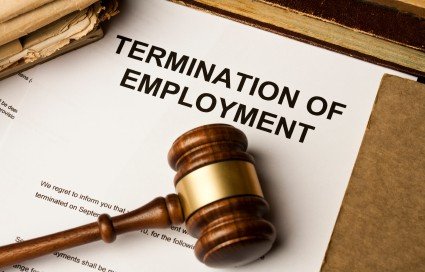 Clement Osilama was engaged as a foreman on 9th July, 1996 by Rockbridge Construction Limited, a private limited liability company in the business of civil construction works. On the 9th of August, 2006, Pius Ukoha on the instruction of Rockbridge Construction Limited, lodged a complaint of theft of loads of gravel against Clement and some of the other workers of the Rockbridge Construction Limited, with the Nigeria Police at Otukpo. Consequent to the said complaint, Clement was arrested and detained at the Otukpo Police Station on 17th August, 2006. At the end of the police investigation, Clement was arraigned with ten other persons before the Chief Magistrate Court of Benue State sitting in Otukpo for the offences of criminal conspiracy, theft and criminal breach of trust contrary to Sections 97, 287 and 312 of the Penal Code. The learned Chief Magistrate ruled that the charge was defective for non-specificity of the offences against each of the accused persons, struck out the case and discharged them.

Clement, therefore, instituted a suit against his employers claiming that since he had been discharged of the offences with which he was charged by the Court of law, he is entitled to reinstatement to his former position with Rockbridge Construction Limited and the payment of the accumulation of his outstanding monthly salaries and allowances from August, 2006 when he was suspended, till the delivery of the judgment of the Court.

Aggrieved by the decision of the trial Court, Rockbridge Construction Limited and Pius Ukoha appealed to the Court of Appeal and argued that since Clement had ceased to be their employee, he was not entitled to salaries.

Can a letter of suspension serve as termination of employment?

The Court of Appeal stated that it is the law that in terminating a contract of employment, a suspension letter will not suffice. Rather, there must be a proper letter of termination, duly issued, communicated and delivered to the employee by the employer or the representative of the employer. Admittedly, an employer suspending his employee may impose terms of the suspension but in a general sense suspension of an employee from work only means the suspension of the employee from performance of the ordinary duties assigned to him by his office. The correct view of the law is that an employment contract is brought to an end by a dismissal letter sent by or on behalf of the employer to the employee at his or her address, and delivered to that address. In the instant case, Rockbridge Construction Limited failed to issue any letter of dismissal to Clement, and in law, this means that Clement’s employment with Rockbridge Construction Limited still subsists. The letter of suspension, cannot operate to bring an end to Clement’s employment.

The Court of Appeal held that Clement was entitled in law to be informed by Rockbridge Construction Limited in writing that his services have been dispensed with or terminated through a formal letter of dismissal. Therefore, Clement, as rightly held by the trial Court, is entitled to the arrears of his salaries and allowances from August 2006, when he was suspended.