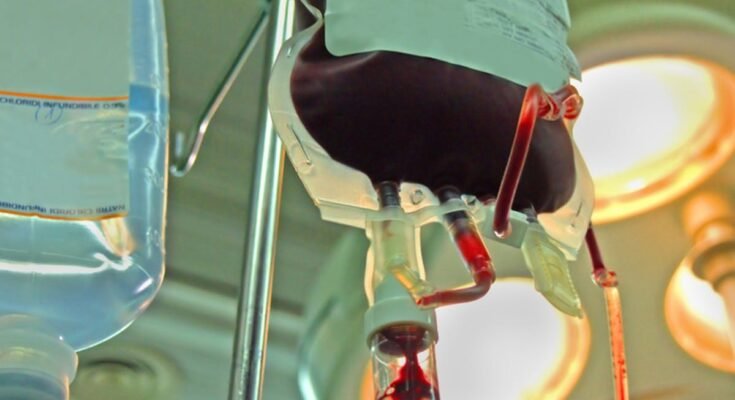 Tega Esabunor was born on April 19, 1997, at the Chevron Clinic, Lekki Peninsula in Lagos. Within a month of his birth, he fell gravely ill. His mother, Rita Esabunor, took him back to the Chevron Clinic for urgent treatment. Dr. Tunde Faweya treated Tega and found that he urgently needed a blood transfusion.

Mrs Rita Esabunor and her husband, however, made it abundantly clear to Dr. Faweya that on no account should their child be transfused with blood. Their reason being that several hazards such as contracting Aids and Hepatitis follow blood transfusion and that as members of the Jehovah witness sect, blood transfusion was forbidden by their religion.

Dr Tunde Faweya, however, disagreed with their line of thought.

The next day, Dr. Tunde Faweya on behalf of the medical authorities of the Clinic and through the Lagos State police sought permission from the Magistrate Court, under Section 27 (1) and (30) of the Children and Young Person’s Law Cap 25 of Lagos State, to be allowed and permitted to do all and anything necessary to protect the health and life of the child.

Tega got well and was discharged.

On 15 of May 1997, Mrs. Esabunor brought an application before the Chief Magistrate Court, where she asked the court to quash the permission given to the clinic. Their application was unsuccessful and was consequently dismissed.

In a considered ruling delivered on May 28, 2001, the learned trial judge refused her prayers and claims.

Can parents legally refuse blood transfusion for their child on religious grounds?

The Supreme Court found that the Court of Appeal was correct in holding that a mother’s refusal to give consent to blood transfusion for her child amounted to an attempt to commit a crime and an attempt at deliberately allow the child to die. It held as follows:

That an adult who is conscious and in full control of his mental capacity, and of sound mind has the right to either accept or refuse blood transfusion (medical treatment). The hospital has no choice but to respect their patients’ wishes but when it involves a child, different considerations apply and this is so because a child is incapable of making decisions for himself and the law is duty-bound to protect such a person from abuse of his rights as he may grow up and disregard those religious beliefs. It makes no difference if the decision to deny him blood transfusion is made by his parents.

The Court went further to hold that when a competent parent or legal guardian refuses blood transfusion or medical treatment for her child or ward on religious grounds, the Court should step in, consider the baby’s welfare, which is saving the life and the best interest of the child before a decision is taken.

These considerations outweigh religious beliefs. The decision should be to allow the administration of blood transfusion, especially in life-threatening situations.