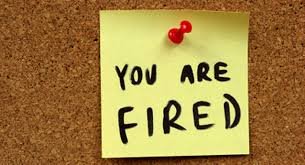 Mrs. Jummai Anyip was an employee of the Institute of Health Ahmadu Bello University Hospital Management Board and by the applicable conditions of service, i.e the institute of health staff regulatuions it was provided as follows:

Following an allegation of theft of expired drugs against Mrs. Jummai, the institute set up an Administrative Disciplinary Committee to investigate the allegations and suspended her without pay pending the outcome of the investigation. A letter was written to Mrs Jummai and it was clearly stated that her fate would be determined by the outcome of the report of the Administrative Disciplinary Committee.

After investigations and hearing, the committee exonerated Mrs. Jummai and recommended her reinstatement. Notwithstanding the recommendation, the institute dismissed Mrs. Jummai from her employment.

Aggrieved, Mrs. Jummai, instituted an action against the institute at the high court of kaduna state claiming the following: