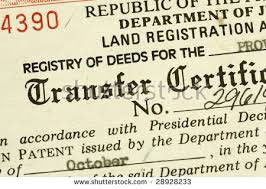 CASE OF THE WEEK

ISSUE: WAYS OF PROVING TITLE TO LAND UNDER THE LAW

The family of Umunwesete and the family of Umuigbudu both of Obeagu Ugbawka Nkanu LGA of Enugu were claiming ownership of a particular land known as and called Akpa Land.  The Umunwesete family claimed that this parcel of land in dispute belonged to them since time immemorial and they had exercised ownership over the land from the very beginning.

The Umuigbudu family on their own part claimed that the land is a vast expanse of land and each family in Ugbawka has its own portion, including them and the Umunwesete family.

Both families agreed that they have a common ancestor called Ogbu Newezeogo. According to them this ancestor had two sons and shared his land between the two sons. They however disagreed on who the elder of the two sons were.

The Umunwesete family claimed that their ancestors was given akpa land while the ancestor of Umuigbudu family was given another land known as Apiti land.

The Court maintained that to succeed in a claim for title to land at least one of the following five methods must be used.