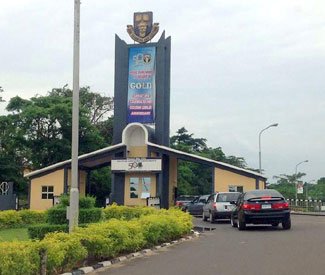 The authorities of Obafemi Awolowo University, Ile- Ife today said Monica Osagie was a student involved in sex for marks scandal that has sorely questioned the morality of University dons, in the training of young Nigerians.

He also announced the suspension of Prof. Richard Akindele, the Don involved in the salacious scandal.

Ogunbodede’s action followed the submission of the interim report of the committee set up to investigate the allegation of sexual harassment revealed in audio recording.

The News Agency of Nigeria (NAN) reports that a recorded audio conversation of the Don demanding for sex to increase the marks of a female undergraduate had gone viral.

The Committee observed that a Prima Facie case of inappropriate relationship with a female student had been established against Professor Richard I. Akindele.