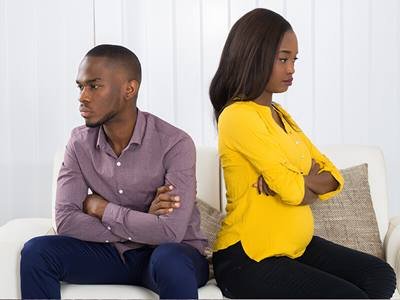 The Independent Corrupt Practices and Other Related Offences Commission (ICPC) had arraigned Viyon for allegedly lying about his marital status.

Justice Mojisola Dada, who gave the ruling, said the accused was guilty as charged.

Following a plea bargain entered into with the prosecution, the judge, however, gave Viyon an option of ₦300,000 fine.

‘’following the defendant’s guilty plea, he is hereby convicted accordingly.

‘’The terms of the plea bargain agreement are hereby adopted as the sentence of this court and judgment thereof.

‘’He is hereby sentenced to three years imprisonment or the fine imposed,’’ the judge said.

The Judge, however, noted that if the fine was not paid within 24hours, ‘’Viyon will have to mandatorily serve his prison term’’.

But the convicts’ counsel, Ms. Hannah Adeyemi, told the court that he was ready with the 300,000 cash to effect the court’s judgment.

ICPC through its counsel, Mr. Gogodoye West, told the court that the defendant with another, olaronke Akerele, committed the offence on Dec. 13, 2016, at the ICPC Lagos Zonal Office.

West said officials of the British High commission had in 2016 handed over the viyon and his accomplice, now at large, to the ICPC, for giving false information in their visa application forms.

He told the court that ‘’in his extra- judicial statement volunteered under caution before Mrs. Nkem Ezenwa, an investigating offricer with the ICPC , made a false statement that Olaronke Akerele is his third and legally married wife.

‘’Viyon informed Ezenwa and Mr. Kenneth Agba, another investigating officer of the ICPC, that the ceremony between himself and Akerele was conducted by an Imam under Islamic law.

‘’The Defendant said the marriage was evidenced by a certificate of marriage with number JUN/LB/0000064 which is dated Jan 9, 2016 and issued by the Jama at Ul- Islamiyya of Nigeria.

‘’viyon also lied that he had signed the certificate of Marriage and that the ceremony was conducted at No. 108, Tokunboh St, Lagos Island, Lagos , ‘’the Prosecutor Said.

West, however, told the court that investigation revealed that there was neither marriage contracted between viyon and Akerele nor a certificate of marriage issued by the Jama – at – Ul Islamiyya of Nigeria to the effect.

At the resumed hearing of the case on Tuesday, Vlyon had pleaded guilty to an amended three- count charge bordering on knowingly making statements which are false.

But prior to his plea bargain, the prosecutor applied to the court for withdrawal of the charge against Akelere, who had since absconded.

‘’The application for withdrawal has become necessary since she has been on the run and we have been unable to apprehend her’’.