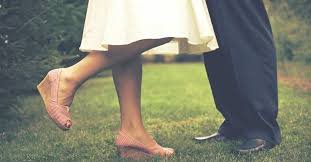 An FCT High Court sitting in Jabi on Thursday heard that Maryam Sanda had asked for divorce before the death of her husband.

The Prosecution Witness, Ibrahim Muhammad, made this known when he was led in evidence by the prosecution counsel, Mr. James Idachaba, at the resumed hearing.

Maryam, her Mother, her brothers, Maimuna Aliyu and Aliyu Sanda, her housemaid, Sadiya Aminu, are being tried for the murder of bilyaminu Bello, the son of a former PDP chairman on November 19, 2017.

Muhammed, who said he was with the deceased from the late evening of November 18, and that the incident started as noise in the couple‘s sitting room on November 19.

‘’We were together watching TV and talking Shisha in their sitting room up till 8pm on the very day Bilyaminu died.’’

He testified that while they were in the living room, Maryam called him up two times before he joined her upstairs.

‘’He went upstairs and didn’t return on time. I started hearing noise, later on Sadiya, came downstairs to tell me that Maryam will like to see me.

‘’I climbed up and saw both of them holding each other clothes. Maryam told me she needed a divorce and that I should help her to tell the husband’’, Muhammad said.

Muhammad said that he tried his best to calm the couples but Maryam insisted that Bilyaminu would not go out of the house until he grants her divorce.

‘’When I realised Maryam doesn’t want to leave the husband, I used my hand to remove her hand from the husband cloth but the fight still continue’’.

The witness told the court during the fight, Bilyaminu’s phone was damage, and that both agreed to fix it the next day or buy another one.

He told the court that Bilyaminu later entered his room, his wife followed him and insisted on divorce, adding that he called some of the relations, who came to calm the couple.

Muhammad said that it was one of the couple’s relations, Usman Aliyu, who advised him to leave the house because it was not right to be too involved in matter that concerned husband and wife.

‘’Later on one Abba- Bello,  a brother to Bilyaminu called me and told me that I should come to the Maitama Hospital that Bilyaminu is dead.

‘’I went to the hospital to meet him lying down dead’’. He said.

death, adding that as the time he left the house the deceased was still alive.

Justice Yusuf Halilu, however, adjourned the matter until May 15 and 16 for continuation of hearing.