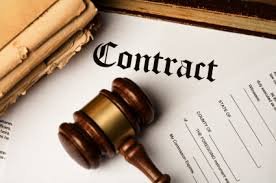 NON EST FACTUM is a Latin word for (IT IS NOT MY DEED) it is a defence in contract law that allows a signing party to escape performance of an agreement which is fundamentally different from what he or she intended to execute or sign.

As a rule, a person is bound by the contents of a document signed by him/her. Whether he read it or not. But at the end of the sixteenth century an exception to the rule was established. In the decided case of THOROUGHGOOD’S it was held that if a person who could not read, signs a document after it had been incorrectly read over to him, he is not bound by it and he could plead non est. factum: it is not my deed.

In the nineteenth century, it was settled that the doctrine was no longer confined to persons who were unable to read.

The reason for this extension of the doctrine was then insistence on the requirement of consensus ad idem (meeting of the mind) in contract.

However, where a person is induced by fraud to sign a document containing a contract radically different from that which he contemplated, he is allowed to deny the validity of the contract by pleading “NON EST FACTUM” in any action brought against him to enforce the contract.

The doctrine of Non Est factum may apply to several categories of persons who are:

NOTE: the defence of non est factum is open to a person who signs a document under a mistaken belief as to the capacity in which he signs).

In the decided case of Lewis v Clay:

Mr. Clay was convinced to sign two promissory notes by the fraudulent representation that his signature was required as a witness and that the documents were of private nature. The plea of non est factum succeeded even though Mr. Clay could not say precisely what type of document he thought he had signed.