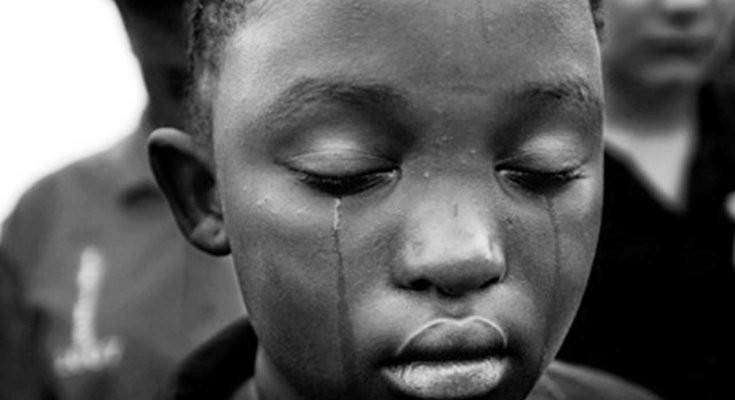 On the 28th Day of February 2001, Shuaibu Muhammadu viciously beat his seven-year-old daughter Habiba with a cane in his farm hut and then tied her right leg and left arm with a rope and left her in the cold overnight.

The following morning, Mohammed Gidado (Shuaibu’s father) upon information, released Habiba and rushed her to a Primary Health Care Centre. Unfortunately, she was on arrival at the health facility, pronounced dead. Mohammed Gidado in the company of some other villagers took her corpse to the Police Station where he made a formal complaint about the incident and made a statement. The corpse of the little girl was released to Gidado by the police and buried that same day.

Shuaibu Muhammadu was arrested and arraigned on a two-count charge of cruelty to his seven-year-old daughter, Habiba Shu’aibu, and culpable homicide punishable with death.

At the trial, Shuaibu Muhammadu admitted that he beat his daughter with a cane twice and tied her leg with a rope.

The trial judge in his judgment of 4/02/2019, discharged and acquitted Shuaibu Muhammadu of both charges and held that the offences were not proved against him.

Dissatisfied, the State appealed to the Court of Appeal.

What is the legal effect of willful ill-treatment or neglect of a child by a person in charge of the child?

The Court of Appeal stated that Section 238 of the Penal Code reads thus:

Whoever having the charge or care of a child under the age of fifteen years, or being in a position of authority over him willfully ill-treats or neglects him in such a way as to cause him unnecessary suffering shall be punished –

(a) with imprisonment for a term which may extend to two years or with fine or with both; and

(b) if the ill-treatment or neglect results in serious injury to the health of such child, the offender shall be punished with imprisonment for a term which may extend to five years or with a fine or both.

The Court found that it is common ground that Muhammadu had charge and care of Habiba. Muhammadu not only viciously beat Habiba with a cane, he tied her leg and hand with a rope and exposed her in that state to the elements overnight, before Gidado released her and rushed her to hospital where she was pronounced dead. To beat a seven-year-old child and tie her up and expose her to the elements overnight is nothing but ill-treatment of the worst kind of that child.

The offence of ill-treatment of a child is of strict liability, therefore, the so-called good motive of Muhammadu – that he may have been only trying to correct his daughter by beating her with a cane and leaving her tied up all through the night as he claims, is no excuse for his actions nor defence to a charge to cruelty to a child. In the end, even though it was not proved that Muhammadu’s actions contributed to the death of his daughter, they amounted to ill-treatment.

​In summary, the Court held that the offence of cruelty and ill-treatment of a child of less than fifteen years has been proved against Muhammadu. The High Court of Bauchi State was therefore wrong in holding otherwise and discharging and acquitting him of it.

Muhammadu was, therefore, convicted of the offence of cruelty to a child of less than 15 years and causing injury to her health and sentenced to five years imprisonment.