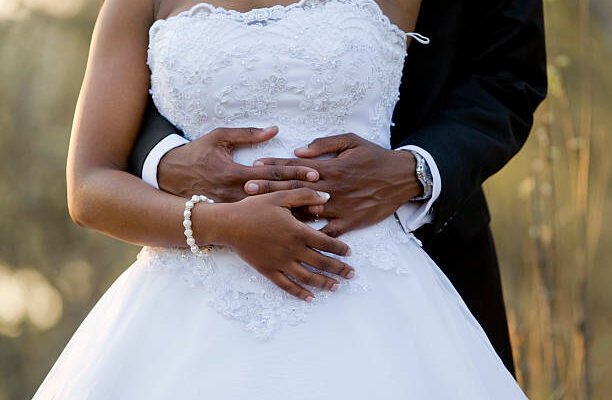 Theophilus Okey Anieto got married to Mrs Veronica Ebele Anieto on the 30th day of November, 1996, at the Catholic Church, Oke Ado Ibadan. Theophilus dealt in office equipment and after the marriage, his wife Ebele assisted in running the business. Through the proceeds of the business, a piece of land property was purchased and developed.

Some years later, on the 3rd day of November, 1999, Theophilus filed an action for the dissolution of his marriage with Ebele. In the course of the proceedings, the issue of the ownership of the landed property acquired and developed during the pendency of the marriage arose. Ebele claimed to be entitled to half of the property, while Theophilus disputed this and argued that Ebele made no financial contributions towards the purchase of the land and its subsequent development.

The High Court in its decision found in favour of Ebele and ordered the sale of the property and the proceeds of sale equally shared between Theophilus and Ebele.

Dissatisfied with the decision, Theophilus appealed to the Court of Appeal, querying the decision of the High Court to equally distribute the property.

Does a woman in a marriage need to contribute financially to the acquisition of a property to be regarded as a joint owner with her husband?

The Court of Appeal in its decision stated that it is the law that in making an order for the settlement of property in a matrimonial cause, the Court will consider what is just and equitable in the circumstances of a given case. That Court will examine whether or not the property in question was acquired by the parties or by one of them during the marriage, and if so, what was the contribution of each party to the cost of the acquisition. The Court stated that the contribution of a party does not necessarily have to be in the nature of cash outlay for the purchase or development of the property. It can be by way of moral and/or financial contribution to the business of a husband by a wife where the property is purchased from the profits of the business in the course of the marriage, or where the property was purchased before the marriage, that the payment for the property was completed after and in the course of the marriage.

By the evidence led at the High Court, it was shown that Theophilus married Ebele when she was in junior secondary school. Theophilus who was much older, convinced her, barely a fourteen (or sixteen) years old teenager to abandon her academic pursuit and therefore her future. The evidence led also showed that Ebele actively and physically participated in the running of Theophilus’ business which experienced a sudden increase during the marriage. The financial status of the business and the family also boomed. Most importantly, it was at that time that Theophilus purchased and developed the plot of land. Though Ebele might not have contributed financially or in the nature of cash outlay towards the purchase of the land and subsequent development thereof, there is uncontroverted evidence that she actively contributed towards the success of Theophilus’ business which ultimately fetched the money with which the land was developed.

The Court concluded that in the circumstances, it will be unjust and inequitable for it to accede to the selfish plan of Mr. Theophilus to deny Ebele the fruit of what she had sacrificed her future to achieve.

The Court held that the learned Judge of the High Court was therefore right when he ordered that the property in question be sold and the proceeds of sale be equally shared between the Theophilus and Ebere.