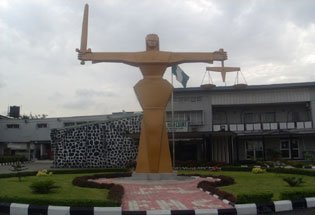 CASE OF THE WEEK: UNIVERSITY OF ILORIN V. RASHEED ADESINA

ISSUE: ON THE POWER OF THE COURT TO INTERFERE IN THE INTERNAL MATTERS OF A UNIVERSITY

Rasheedat Adesina and other indicted students were referred to the Students Disciplinary Committee (SDC).

However, she failed to appear before the committee and instead sued the university claiming certain reliefs together with an injunction restraining the university from carrying out any disciplinary action against her. The court granted the interim injunction.

Subsequently, at the instance of the university’s visitor, the then President and Commander in Chief of the Armed Forces of the Federal Republic of Nigeria, an agreement was broke wherein she was pardoned after she wrote an apology letter and paid a fine that was imposed by the university. The University however, refused to release her results and no reason was given for the refusal. The University also appealed the decision of the court of first instance which restrained it from commencing the disciplinary proceedings against her, on the ground that the court had no power to interfere in the internal matter of the university. The matter was finally laid to rest by the Supreme Court after a futile sojourn at the Court of Appeal.

The Apex Court per Rhodes-Vivour, JSC, held that the court have no jurisdiction to interfere in the internal or domestic matters of a university. Such matters are within the exclusive province of the Senate of the University and the visitor. But where it becomes clear that in resolving domestic dispute, the University is found to have breached the civil rights and obligations of a student thereby raising issues of public import, the court would have jurisdiction.

Also lending his voice on the issue, per Okoro JSC had this to say:

“I am aware that the courts cannot and will not usurp the function of the Senate, the Council and the visitor of the University in the selection of their fit and proper candidates for passing and for the award of certificates, Degrees and Diplomas… However, although the general rule is that consideration for an award and degrees and certificates are in the domestic domain or jurisdiction of the Universities, there however exceptions. As it has happened in the instant appeal (case), where the student has exhausted all avenue and entries, and University is adamant, as in neither releasing her result or giving good, substantial and verifiable reasons for withholding the result, even after the intervention by the visitor of the University (the then President of the Federal Republic of Nigeria) the student is entitled to approach the court for redress. In such circumstances, the court should not shy away from ensuring that the University authority abides by the law setting up the institution”.

The Supreme Court went further to say that Domestic disputes are those disputes that are solely of interest to members of the University, but the release of results is a matter of some interest to the public and it’s not strictly a domestic matter. According to the Apex Court, a student who takes part in an examination is entitled to see his result. Refusal to release his result with no reason for the refusal raises issues of breach of civil rights and denial of fair hearing which can be entertained in our courts.