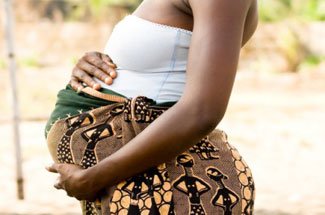 CAN A PREGNANT WOMAN FOUND GUILTY OF A CAPITAL OFFENCE BE SENTENCED TO DEATH?

On whether a pregnant woman can be sentenced to death, Section 368(2) Of the Criminal Procedure Act (CPA) provides thus:

“Where a woman found guilty of a capital offence is found in accordance with the provisions of Sec. 376, of this Act, to be pregnant, the sentence of death shall not be passed on her, but in lieu thereof shall be sentenced to imprisonment for life.”

The law forbids the death sentencing of a pregnant woman even when she has been found guilty of a capital offence for example Murder, armed robbery etc. even terrorism.

With respect to the duty of the court in this regard, the provisions of section 376 of the CPA must be complied with. The said section provides as follows:

(1) “Where a woman convicted of an offence punishable with death alleges that she is pregnant, or where before or by which a woman is so convicted thinks fit so to do, the court shall before sentence is passed on her, determine the question whether or not she is pregnant”.

Before the sentence of death on a woman is reduced to life imprisonment on the grounds of pregnancy, the woman or the prosecution shall prove to the satisfaction of the court that she is indeed pregnant. Where they are unable to prove this, the death sentence still goes on by virtue of subsection 3 of the above provision.