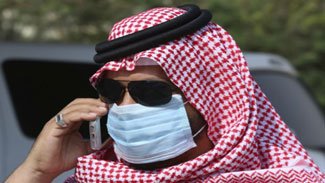 spying on your spouse’s phone in Saudi Arabia now carries a 133,000 dollars fine and up to a year in prison, under a new law that aims to ‘’protect morals of individuals and society and protect privacy”.

The punishment would apply to both men and women in the ultra- conservative Muslim Kingdom, according to a statement on Tuesday by the ministry of culture.

As in many other parts of a Muslim world, Saudi laws on divorce, inspired by scripture often required wives seeking alimony to provide evidence of abuse or sexual promiscuity.

A husband’s phone could be a rich source of such evidence.

The Anti- cybercrime law, says ‘’spying on, interception or reception of data transmitted through an information network or computer without legitimate authorisation’’ is a crime.

‘’Social media has resulted in a steady increase in cybercrimes such as blackmail, embezzlement, and defamation, not to mention hacking of accounts,’’ the ministry of culture said.

A similar law on the books in the neighbouring United Arab Emirates also bars the practice, carrying a minimum three month prison term and 817 dollars fine.

The oil- rich and tech – obsessed countries are among the most avid social media users in the world, but traditional values remained ascendant, even in courts.