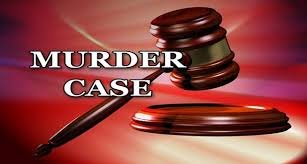 Whether the relatives of any person whose life has ben unlawfully terminated are entitled to sue for damages on the basis of the constitutional provisions for right to life under Section 33 of the 1999 Constitution of the Federal Republic of Nigeria.

The Appellant, Mrs. Ganiat Amope Dilly upon the death of her son; Akindele Dilly in police custody filed an application under the fundamental rights procedure to demand compensation for her son who at the instigation of some persons also sued as respondents was arrested by the police in Lagos State.

The police refused to grant bail to the appellant’s deceased son until the sum of N50,000 (Fifty Thousand Naira) is paid. The Appellant could not raise the said amount despite her efforts to get it. While she was still making efforts to get the money, the Divisional Police Officer, Ijanikin Police Station as at the time of the suit called her to inform her of the deceased’s death in police custody. Mrs. Dilly was accompanied by some members of the community to the police station while the persons who instigated the deceased’s arrest absconded from the community.

The corpse of the deceased was initially deposited at Ademola Hospital, but subsequently transferred to Badagry General Hospital and registered as an unknown person to create the impression that the corpse was that of an unknown person.

All efforts to get justice from the Nigeria Police Force and the other respondents proved abortive. Mrs. Dilly alleged that her son was severely beaten and tortured while same was denied by the police. The respondents had also made attempts to discourage her from demanding for justice by trying to use the community traditional ruler to persuade her.

The High Court held in favour of the respondent on grounds that the right to life is personal and Mrs. Dilly cannot seek to enforce same on behalf of her deceased son.

Upon Mrs. Dilly’s appeal against the decision of the Lagos High Court, the Court of Appeal held that the denial of bail and failure to arraign the deceased within the constitutionally allowed period is a breach of the fundamental rights of the deceased and the deceased’s mother legally has the right to seek for the enforcement of the deceased’s right to life. The court further held that the right to life of Mrs. Dilly’s deceased son; Akindele Dilly was violated and therefore damages must follow for that violation and the applicant is thus entitled to a remedy. The court stated that the choice to keep suspects in custody without bail is one that should include providing adequate medical care to such suspects.

On the whole, the court of appeal consequently held in favour of Mrs. Dilly and awarded to her, the sum of N5,000,000.00 (Five Million Naira only) being damages for breach of the right to life of the deceased; Akindele Dilly.

Section 33 of the 1999 Constitution provides as follows:

“Every person has a right to life, and no one shall be deprived intentionally of the right to life, save in execution of the sentence of a court in respect of a capital offence of which the person has been tried and convicted.”