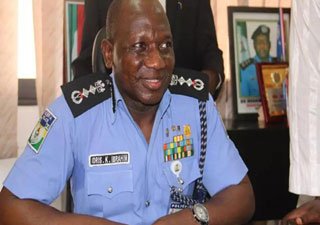 The police said they have arrested additional 12 suspects in connection with the April 5, 2018 bank robbery at Offa, Kwara State.

The police had earlier arrested eight suspects bringing the number of suspects in custody to 20.

The force public Relations Officer, Jimoh Moshood, in a statement on Friday in Abuja, said the police recovered from the suspects, handsets, IPad, and SIM cards belonging to victims of who were killed during the Robbery, adding that they all confessed to the crime.

These three last suspects in whose possession another Beretta pistol and Fourteen (14) rounds of five ammunitions were recovered.

The Nigeria police Force once again deeply commiserates with the Government and people of Kwara state, most especially the people of Offa and the Families of the Victims. The force will leave no stone unturned in unravelling this dastard act and bring all those responsible to justice. The force appreciates the supports from members of the public so far and calls for calm and their cooperation to sustain the normalcy that has been restored in the state.