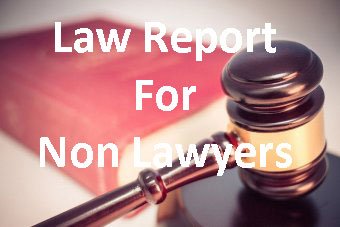 CASE OF THE WEEK :

The 1st, 2nd and 4th accused persons died and a fresh plea was taken. They pleaded not guilty. The accused person was accused of robbing two men of the sum of N170, 000 (One Hundred and Seventy Thousand Naira only). The men boarded a bus to Port Harcourt to buy some items but were unable to buy them because they had insufficient funds. They decided to return to Oron, where they came from. They entered a car in which there were three (3) ladies already seated. On arriving at Oron near an apostolic church, they ladies disembarked. Before they could continue the journey, they were surrounded by about seven (7) men. Edet Bassey was one of them. Their bags containing the money was taken from them. While the robbery was ongoing, the driver of the vehicle looked on passively. This robbery occurred on the 17th day of June 1993.

Four witnesses testified for the prosecution and confessional statements were admitted as exhibits. The tribunal ( Robbery and Firearms Special Tribunal) sentenced the accused person to death.

Aggrieved with the judgment of the trial court, the accused person appealed to the Court of Appeal which affirmed the decision of the tribunal but reduced the sentence to 21 years imprisonment.

The court drew a distinction between Armed Robbery and Robbery in the following words: “Armed Robbery simply means stealing plus violence used or threatened. While robbery is stealing without violence. Before there is a robbery, the suspect must steal something capable of being stolen. Any person in the company of a person armed, aiding or abetting in the commission of the offence is also guilty of armed robbery”.

The exhibits tendered revealed that there was a robbery on that 17th day of June 1993, planned and executed by the appellant and his co-accused persons. Sums of money were stolen and the identity of the accused/appellant as one of the robbers was firmly established.

The PW1 and PW2 were robbed by the accused and the others. They were the only eye witnesses to the robbery. Their evidence is thus vital in determining the role played by the appellant/accused. PW1 and PW2 both said that they were attacked by seven (7) men and their bags containing their money taken away by them. PW1 stated that the seven men were armed with machetes and daggers, while PW2 said “I did not see any matchet or pen knife with them”