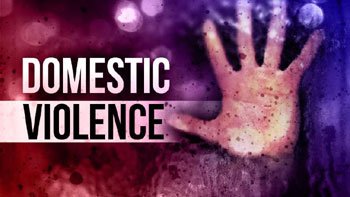 Whether matrimonial matters which borders on domestic abuse can be enforced using the fundamental human rights process.

The dispute between the Appellant and the 1st Respondent persisted and the 1st Respondent while trying to get a separation from the Appellant disclosed her HIV status. The Appellant claimed that the Respondents and his hired thugs caused her physical torture, harassment, embarrassment and also treated her inhumanely in a degrading manner in violation of her fundamental right to the dignity of the human person as guaranteed under Section 34(a) of the 1999 Constitution of the Federal Republic of Nigeria.

The Appellant also claimed that the respondents’ action of removing her private properties out of her matrimonial home using hired thugs on grounds that she was HIV positive is a clear violation or infraction of her fundamental rights to privacy and freedom from discrimination as guaranteed by the 1999 Constitution.

The Appellant asked the court for damages to the tune of Five Million Naira as compensation and an order of injunction restraining the respondents from harassing, embarrassing or disturbing the Appellant’s private life. The Respondent filed a preliminary objection against the suit on grounds that matrimonial matters are not enforced through fundamental rights process.

The Appellant aggrieved by the decision of the Court of Appeal, appealed to the Supreme Court. The Supreme court held that the facts of the case shows that the Appellant’s claims do not fall within the purview of the Fundamental Rights (Enforcement Procedure) Rules.

On the whole, any suit, the facts of which emanates from matrimonial causes cannot suitably be brought using the Fundamental Human Rights enforcement process.